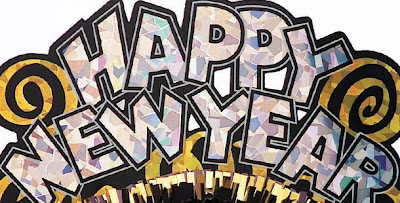 As the first decade of the new millennium draws to a close, a waste and pollution watchdog drew up a list of green wishes that they would like to see implemented in the Philippines for 2011 and beyond.

The EcoWaste Coalition put together their “Green Wishes for 2011” that were contributed by concerned Zero Waste, chemical safety and climate action and justice advocates in the country.

The results of the informal survey conducted via email and SMS encouraged citizens, political leaders and captains of industry alike to make positive changes in lifestyle practices, product designs and governmental policies in order to benefit the environment as well as society at large.

Respondents unanimously wished that Filipinos would switch to a greener, more Earth-friendly lifestyle, and included suggestions for waste and toxic reduction and low carbon living in the changing global climate.

“It is the coalition’s hope that the wishes expressed by our members will be heard and acted upon by P-Noy and everyone concerned,” said Roy Alvarez, president of the EcoWaste Coalition. “Let’s welcome a fresh decade by effecting positive changes for the good of the country and our people.”

I. GREEN WISHES FOR JUAN AND JUANA DE LA CRUZ

1. That all families in both rural and urban barangays could have access to clean air, safe drinking water and healthful food.

2. That everyone would embrace the basic 3Rs (reduce, reuse, recycle) of sustainable living and add a few more essential Rs — including “respect” for human rights — for a more caring existence.

3. That all litterbugs would finally drop their dirty habits and that our streets, vacant lots, beaches, rivers and the country as a whole would finally become a litter-free Pilipinas that we can be proud of.

4. That consumers would become more aware of the importance of using reusable bags instead of plastic bags, and that they would say no to disposable containers and packaging in general.

5. That simple, Zero Waste and Zero Toxic celebrations of Christmas, New Year and other popular festivities, including the upcoming Feast of the Black Nazarene, would begin in 2011 and continue for many more years to come.

6. That all citizens would duly recognize the role of the informal recycling sector in materials recovery and conservation and in cutting greenhouse gas emissions.

7. That we all do our part in helping to stabilize the Earth’s temperature by conserving energy and reducing our dependence on fossil fuels such as gasoline, oil, and coal and switching to renewable energy alternatives whenever possible.

8. That citizens would cultivate more trees and plants and set up food gardens and take good care of them.

9. That more Filipinos would go vegetarian in 2011 and spread the many benefits of a plant-based diet sans genetically modified organisms and harmful chemicals.

10. That more people would join the environmental movement and take action to defend Mother Nature from apathy, greed and destruction.

1. That the manufacturing industry adopts concrete steps to reduce packaging waste on their own volition.

2. That manufacturers, especially of consumer products that are not easy and safe to recycle or dispose, would take full responsibility for their products from “cradle-to-cradle.”

4. That all restaurants and fast food chains would implement a “No Styrofoam” and “No Plastic Utensils” policy.

5. That all toys and products geared towards children and other susceptible groups be made without hazardous, toxic or poisonous substances such as mercury, lead, cadmium, phthalates, brominated flame retardants and bisphenol A.

6. That commercial and industrial owners of polychlorinated biphenyl (PCB) waste oils and contaminated materials would ensure their safe destruction at the soon-to-operate non-combustion facility in Bataan.

7. That big business learns to prioritize conservation and ecological integrity and put a halt to unsustainable projects such as coal operation and mining.

1. That municipal and city councils would promote and maintain bike and pedestrian-friendly streets, especially in urban hubs.

2. That the public would be afforded more environmentally friendly mass transportation options in order to reduce the number of cars with single occupants on the road.

3. That local enforcers would succeed in removing smoke belching vehicles from the roads and in regulating roadside parking to ease traffic congestion.

4. That local authorities would embark on and support more livelihood programs that can magnify and sustain environmental advocacies.

5. That the practice of nailing or hanging commercial, political and public service advertisements on trees would no longer be tolerated and would finally be stopped.

6. That concerned government units would put in place a functional system for collecting and managing hazardous waste from households and other sources.

7. That illegal dumpsites and other polluting waste disposal facilities would become things of the past.

1. That the National Solid Waste Management Commission would adopt a long-awaited policy on single-use plastic bags which would take its cue from those enacted by local government units (LGUs) that have started phasing out and banning these highly-polluting products.

2. That the Department of Environment and Natural Resources would recall its policy allowing the incineration of certain types of municipal and hazardous waste in cement kilns and that the agency would faithfully enforce the ban on incinerators, including “waste-to-energy” schemes.

3. That the Department of Tourism’s planned makeovers of Manila’s parks, especially those catering to young children, would only use certified lead-free paints.

4. That the Fertilizer and Pesticide Authority would ensure the removal of all endosulfan stocks in the country — including the 10 metric tons of this highly hazardous pesticide that were retrieved from the ill-fated MV Princess of the Stars — before an impending global ban takes effect under the Stockholm Convention.

5. That the Department of Agriculture would make 2011 a banner year for promoting natural and organic farming methods as solutions to food safety and security and climate change issues.

6. That the Department of Energy project on making producers of mercury-containing CFL lamps responsible for their products after their life cycles be completed and implemented.

7. That the Department of Health and the Department of Environment and Natural Resources take firm action against manufacturers and retailers of unregistered and unlabelled silver jewelry cleaners containing cyanide and other toxic substances.

8. That the Food and Drug Administration succeed in eliminating mercury-tainted personal care products in the marketplace and heed the call for a “Safe Cosmetics Summit” involving all stakeholders.

1. That P-Noy would initiate a participatory review of the enforcement of the country’s major environmental laws such as the Clean Air Act, Clean Water Act, Ecological Solid Waste Management Act, Renewable Energy Act and many others which were enacted to promote environmental health, integrity and sustainability.

2. That P-Noy would finally acknowledge and act on the “Citizens’ Agenda for Zero Waste and Chemical Safety” document that the EcoWaste Coalition delivered to Times St. prior to his inauguration.

3. That P-Noy, being a loving uncle to his nephews and nieces, would take on and lead a presidential crusade that will protect Filipino children from harmful substances such as reproductive, developmental and immune system toxicants which abound in childcare items, toys, school supplies and related products.

4. That P-Noy would review his responses to the EcoWaste Coalition-Greenpeace pre-election presidential survey in which he divulged his plan to address the climate change vulnerabilities of specific sectors and areas by drawing up “detailed local and communty-based action frameworks for adaptation.” At the time, he promised to focus not only on “rescue, recovery and rehabilitation,” but on “research, risk management and restoration of damaged communities.”

5. That P-Noy would join the rest of the world in pushing G8 countries to recognize their historical obligations towards ameliorating climate change, and that the G8 would finally take concrete action and adopt low carbon economies.